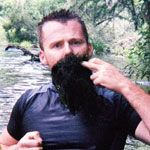 First, i would like to thank you for taking time to do this interview for Akvarij.net. Could you introduce yourself to our readers? Who is Tom Barr?

Well, I was just a hobbyist really. I became more interested after getting involved in plants, mostly to add onto my driftwood which I liked more than rock. I decided to college much later and then decided to focus on Botany and aquatic plants as the area of specialty. I suppose I am quite lucky in this regard.

I know you lived in Dubrovnik briefly as a kid , do you have any nice memories from that time?

Plenty, playing soccer in the old city, walking on the Sea Wall, the silver smiths fine delicate workmanship, the wool rugs, and of course the wonderful food!! I recall being mistaken for German Tourist (Americans where virtually NEVER seen back then), what a interesting place, A socialist state that the US nor the USSR controlled, very nice people, the history and culture, Mostar (we ate and walked over the old bridge which is no longer there I understand) , Sarajevo, Kotor, we got around the country, but not so much in the north and east. It was much safer back then than it was in the USA!

Besides aquaristics is there some other hobbies that you have? You play bass right?
Mountain Biking, bass guitar obviously, photography of natural systems, Environmental issues and politics/policy, water rights and issues, agriculture, farming, food, cooking... 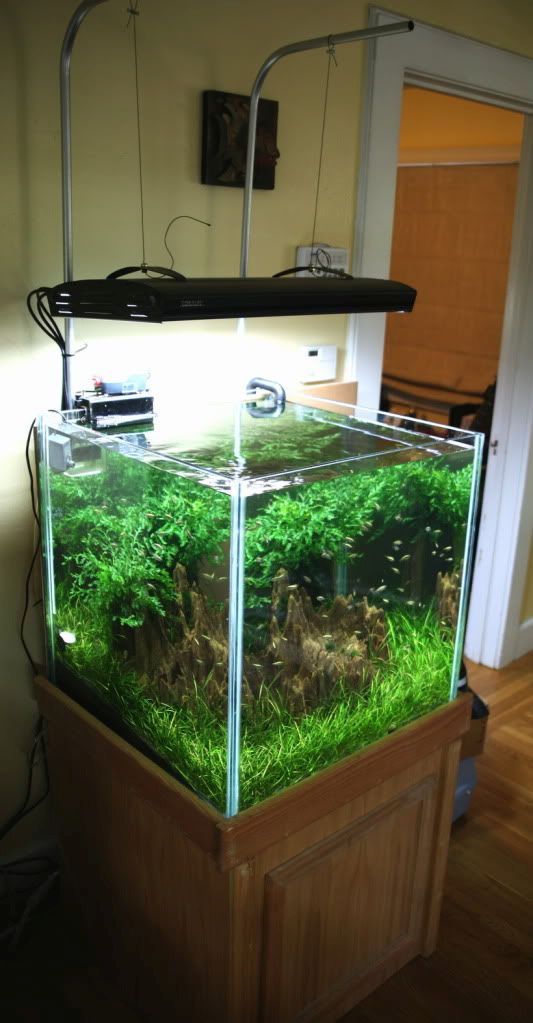 You maintained planted tanks as a busines , do you still do that ,is it a hard work, do you have someone helping you?

I still do this but I very rarely have someone else work for me, I will work for other people as a contractor. I think it is hard work in some ways.

Well, I do several different things, School, Teach, driftwood, client’s, selling other items, writing articles for magazines, selling lots of aquatic plants, anything to make some $, ya know?

How many planted tanks do you have and what is your favorite?

5 is my limit. Not sure, my favorite changes.

People in the hobby know you mostly as an author of Estimative Index , it certanly made adding ferts very easy without using a bunch of test kits. Was that the reason you wrote the EI?

Well, it was practical and simple, but it also made good testing much easier to test nutrients.
Aquarist are still way too worried and obsess over nutrients, which I find rather boring from a horticultural standpoint. You add enough to prevent a limitation. That’s all. Light and CO2 are where all the action is. It is important to note, EI is not really my idea, many aquarist have done a similar thing, but most did not put it together and argue for it like I did and take the chance to suggest doing away with test kits altogether. The dilution infinite series is not my idea either. Most of the dosing was not either, it’s about 90% from PMDD off theKrib.com article from Paul Sears and Kevin Conlin. Paul is far smarter than I ever was. But I tend to be the type that will try and mess around with something and tinker. So I end up seeing if the theory is real or not and then report back. Most aquarist do not do that I’ve noticed. 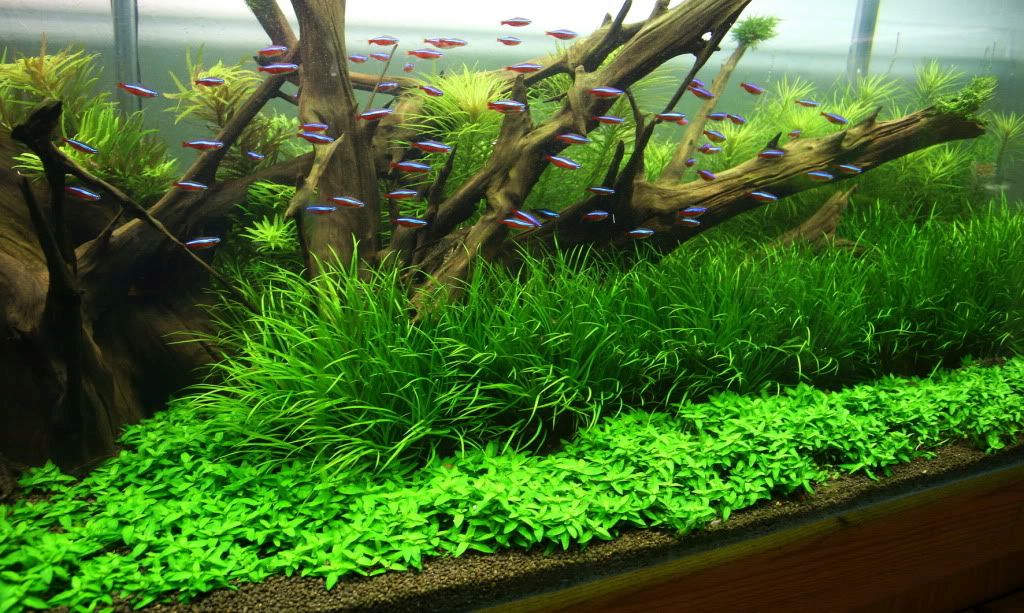 You have done a lot of scientific work, experiments etc, what part of that would you say was most challenging?

CO2. Hard to measure it, hard to track it, hard to tell if it’s in a gas or aqueous phase in water, moves around more than any other parameter, most misunderstood etc.

With over 10000 posts on Barrreport only and a lot lot more on other world forums your contribution to the hobby is enourmus. Do you sometime get tired of repeating the same things over and over again?

I was posting far more than this on many other forums for a decade prior to that, and yes, I respond to many of the same old arguments over and over. Each new cohort of new hobbyist will help many more hobbyists in the future. So it is the new generations and the new people that are the key to the hobby.
I also learn more and rethink old ideas and make them better and find other ways of looking at them. So I get something out of it as well.

Do you think a lot of aquarists today overexaggerate with lighting?

They add too much typically, worried they do not have enough, but then worry about adding too much nutrients. This is understandable since most plant advice repeats the same old myths over and over. “A good myth is hard to kill” I often say. 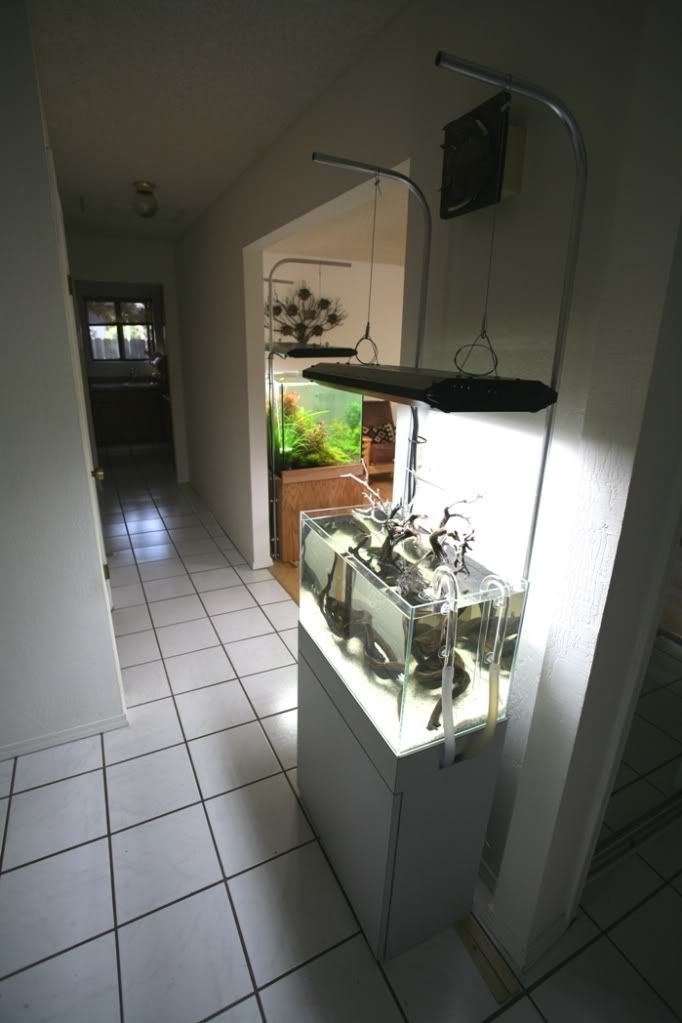 There's a lot of people asking for help on world forums to solve algae issues in their tanks , what do you think are the main reasons for most of those algae issues?

Too much light, not enough careful CO2 addition.

You add a lot of po4 to your tanks, did you have a hard time convincing people that po4 is not a direct algae trigger?

There's a few fertilizing/anti algae methods that focuses a lot on ''ideal'' nutrient ratios , in your experience how important is it to keep a certain ratio between nutrients?

They do not matter, what does in Liebig’s law of the Minimum. Each individual absolute ppm for each nutrients, they are independent of each other for the most part. Most Plant Science books on Mineral nutrition also clearly state this. These claims are also very easy to falsify and test. All one needs to do is add non limiting amounts of each nutrient, then increase the one of interest over a wide ratio. I’ve not found any factual evidence for support for any ratio to date and I’ve tested many claims.
Folks’ should simply focus on non limiting levels, then they can focus more on light and CO2, which are the larger players in aquatic plant growth management.
Photosynthesis equation is light+ 6CO2 and 6H2O => C6H12+O6. Nutrients only play a role after and plants are quite good at keeping and taking what they need from the water or soil solution as long as they are non limiting. 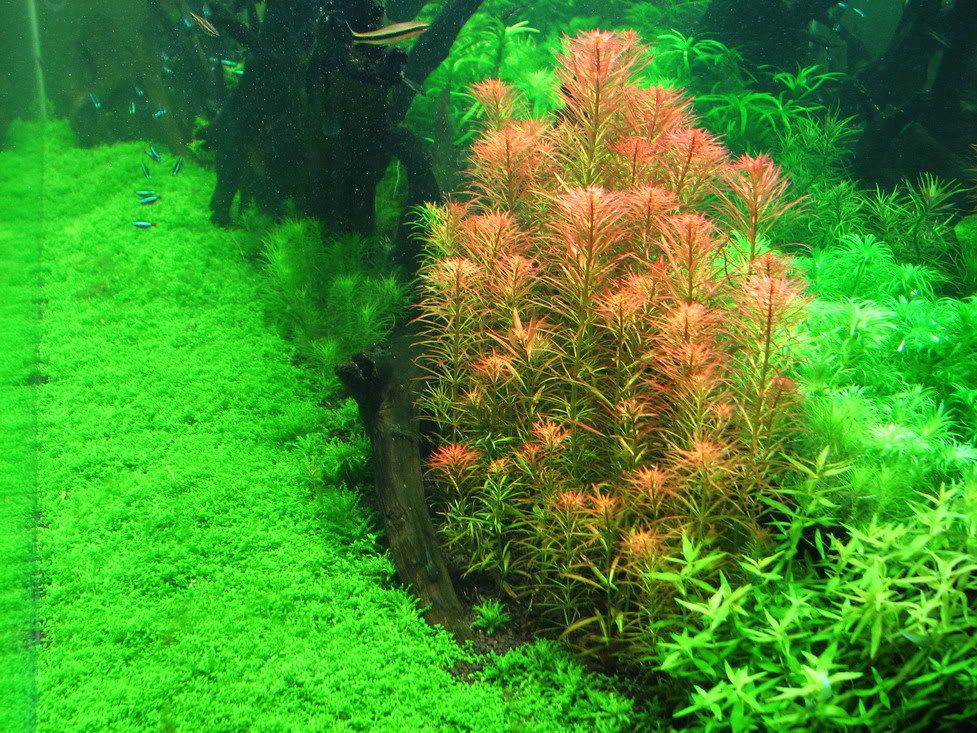 Even though EI is associated with adding a lot of CO2, you are also a propagator of a Walstad style Non CO2 method?

Yes, but I took a different approach to it out of curiosity. I decided to use the water column instead of the soil. I know the soil also works well, but no one had really tested the water column and some had suggested nutrient limitation for algae control in a non CO2, but had accepted that could not be the case in a CO2 enriched system, this too was falsified. I think more hobbyist should consider non CO2 methods, they are really good for the advanced and newer hobbyist alike.
I think CO2 measurement in non CO2 should be done very critically and accurately, we have few tools to do it really accurately. So that is something to try later.

A filtration question; for a planted tank, do you think it's very important to have a very good biological filtration?

In general yes, lots of current and high O2 more than anything really. The filter acts as a back up in case the plant growth is slowed or takes a turn for the worse.

What are your plans for the future , there's a roumor a book is coming up?

Yes, Shaun Witherton and I have threatened to do a good big book, he on classification, me on physiology and ecology. Be a year or two I suspect.

And a question from our editorial staff ;What is your little secret in keeping the plants look so beautiful?

Good general plant care. I do not worry about algae, never have, I worry about good plant growth/health, so the focus is always there, not fear of algae. 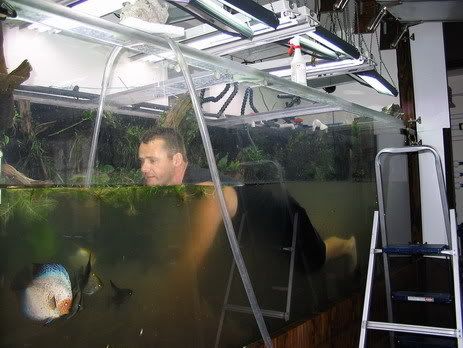